PUBG Mobile will be launched the latest update, Patch 0.19.0–it includes a new exclusive map called “Livik” that is expected and becomes available on July 7, 2020. According to News18‘s latest report, the popular game has announced its next big update PUBG Mobile 0.19.0, which will be officially launched on July 7, as confirmed on a Twitter post.

On July 7th, update 0.19.0 launches along with the first-ever PUBG MOBILE exclusive Map Livik ️. Are you ready to face this new challenge head-on? Get in on the action now https://t.co/Lvgc5q4obP pic.twitter.com/TdYg2fjxM1 — PUBG MOBILE (@PUBGMOBILE) June 29, 2020

The report stated that Season 13 of PUBG Mobile is likely to continue another week after the launching of Patch 0.19.0, which will include the new map, Livik, which is currently in the beta version called “Secret Map.” PUBG Mobile confirmed the map’s official name a few days after releasing it in the beta version.According to the report, by downloading the latest beta version of PUBG, players can try the map before it is officially launched in the 0.19.0 game patch. The players should expect to encounter lots of bugs since the map on the beta version is not fully updated yet.

According to the previous report of News18, on June 25, PUBG Mobile announced that the new map will soon be launched on the game platform. Many Youtubers started to try the current version and posting it as their content. Here’s a video for you to have an idea of what the new exclusive map will look like.

The report stated that Livik is like a cross between all the existing maps. Players will see a desert area on the bottom left, snow on the top right while the rest is mostly trees and grasslands. Since it includes parts of all four maps, there’s a rumor saying that the map could be named “Fourex.” The new map will not be as big as Miramar or Erangel, but it will be a 2x2km map, which will be the smallest one in the Classic mode of PUBG Mobile. 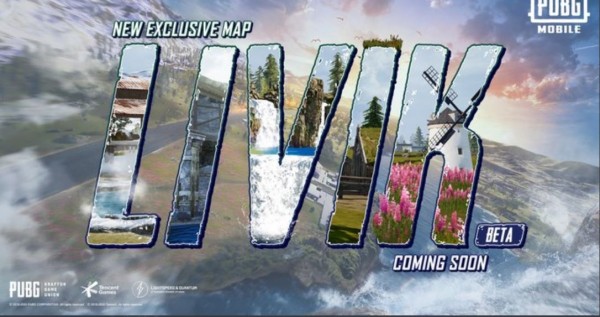 Although the houses and buildings were also updated, there is still a significant and well-needed update in the map’s topography. Visual vehicles such as buggy, UAZ, motorbike, and many more, are also included in the new exclusive map. A new monster truck that can basically drive over almost anything, even huge boulders, is also included. The additional waterfalls on the map lead to some new water physics in the game, which may change some players’ usual gameplay.

Is this black and red PS5 the real deal? Maybe, but probably not

Should professionals really spend $1300 on a Red Hydrogen One holographic smartphone?

It's hard to stand out in the tough and competitive VPN world, but Hidden24 has found a way: it just might be the...