The world’s smallest daily video blogs are about to happen soon! Researchers from the University of Washington recently conducted an experiment to allow the smallest beetles to capture their daily lives, with the usage of a tiny camera. Using this, the world will be able to see how these tiny insects live and survive in the forest. Here’s what you should know.

Beetles are now recording their lives

(Photo : Photo by Thomas Millot on Unsplash )
This is the World’s Smallest Livestream Vlog

Daily video blogs have been a major trend all over the world. From children to adults, capturing everything you do in a day, serves as an entertainment stream for its viewers.

But with the help of the University of Washington, the entertainment vlogs can now be more focused on educational vlogs as the tiny insects enter the industry.

The Independent UK reported on Friday, July 17, about the group of researchers from Washington who developed sets of tiny cameras to be designed as a backpack for beetle insects.

“This is the first time that we’ve had a first-person view from the back of a beetle while it’s walking around. There are so many questions you could explore, such as how does the beetle respond to different stimuli that it sees in the environment?” Vikram Iyer, an electrical and computer engineering doctoral student who also authored the research, said.

The cameras were linked to a smartphone to see how the beetles are living every single day. Interestingly, those cameras were also made out of wireless camera systems, which will be used to videograph the actual everyday living of the insects, according to Shyam Gollakota, UW associate professor of Computer Science & Engineering and senior author of the study published based on these results.

To give more clarity to their experiment, the researchers also made the cameras with high-definition capturing up to 120 meters, transmit images up to five frames per second, and rotate up to 60 degrees.

“Vision is so important for communication and for navigation, but it’s extremely challenging to do it at such a small scale. As a result, prior to our work, a wireless vision has not been possible for small robots or insects,” said Gollakota. 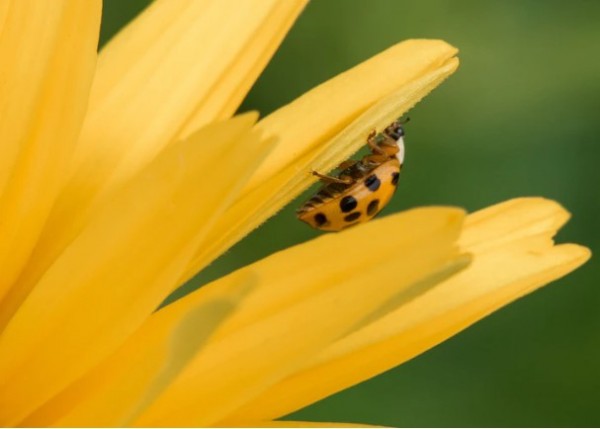 (Photo : Photo by Will Montague on Unsplash )
This is the World’s Smallest Livestream Vlog

Though the plan seemed to be possible, there are still loopholes about the said experiment. Researchers accept that the battery capacity of the cameras may run out in the middle of their experiment.

Due to this assumption, they use a tiny, low-power black and white camera to conduct the plan. In this way, the transmission of the data would be made easier and allowed a longer period of battery to capture the movements around the insect.

As of now, the researchers have no idea what are the things they might discover using the said experiment. What they know, however, is it might be worth the risk… and the work.

Apple's iPhone 12 China Production Runs 24 Hours; Foxconn Employees Say Overtime and No Holidays In Effect for $880/Month—Is it Worth It?

Here's what you want — and don't want — from the next iPhone

[BREAKING] KissAnime and KissManga Closed Permanently: Are There Alternatives?

Light’s push into smartphones was an inevitability. Sure, the startup turned heads with its pricey L16 camera, but these days mobile photography is...

Microsoft: Hackers Now Only Need Under 45 Minutes to Insert Ransomware