Long-time followers of Atlus and the Persona series are already familiar with the game’s gameplay and Personas‘ addition, which help players in battles.

(Photo : Persona 5 Royal/Atlus)
Maria is one of the most powerful Personas in the game.

As with past titles, Persona 5 Royal has a bunch of Personas that you can get and use in battle, especially in tougher fights with dungeon bosses–one of them is a Persona called Maria, and according to the game’s description, Maria is the maternal figure of Christianity.

Maria is only available for Joker, who can fuse Personas to get new entities as well as the shift to another Persona mid-game.

Other Persona 5 Royal characters have an assigned Persona to them.

According to ScreenRant, Maria is one of the game’s most powerful Personas, so it’s not surprising to see tons of players wanting to craft this Persona through fusion, which is much like with Persona 4 Golden where players can fuse Arcana cards to form a more powerful guide in battle.

Read Also: ‘Catherine: Full Body’ Guide: How to Get All Endings From Good to Bad

How to Get a Chance at Fusing Maria

Nevertheless, Maria is one of the most challenging Personas that you can get in Persona 5 Royal through fusion as players are required to complete the Faith confidant first.

However, you can only achieve this by the end of the third semester, which is already near the game’s end.

This is because you can only max out your relationship with Kasumi, the character you need to focus on for the Faith confidant, by the start of the third semester, so be sure to spend more time with her whenever you can. 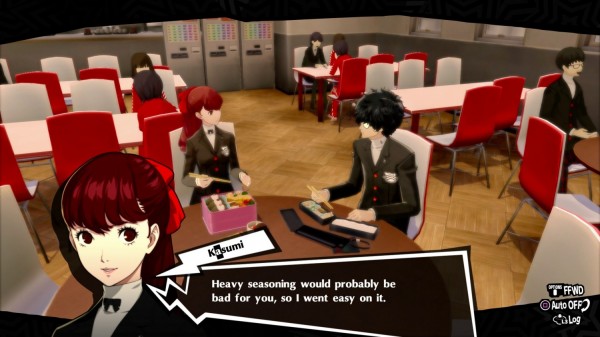 (Photo : Atlus West/Facebook)
You’ll need to max out your relationship with Kasumi for the Faith confidant.

Besides that, you also need to unlock the third semester before you can fuse Maria.

That will also require maxing out your relationships with Akechi and Maruki before the cut-off and leveling up the Personas you will need to fuse.

If you fail to do so, you’ll end up getting the normal ending without seeing some extra content from the Persona 5 Royal, which is basically the expanded version of the Persona 5 title.

How to Fuse the Maria Persona

So, say you have completed the Faith confidant and was able to unlock the third semester, what Personas will you need to get the Maria Persona?

Here’s a list of the combinations you will need:

Persona 5 Royal is available on PlayStation 4.

Read Also: ‘Catherine: Full Body’ is Now Available on Nintendo Switch; Plus How to Access and Change New Voice Tracks

'Horizon Zero Dawn' Weapons Guide: What Weapons to Use and Where to Get Them

Games of the Generation: God of War is a heartwarming tale of father and son for the ages

Grab 25% off Parallels Desktop 15 for Mac

Warning: Your Internet Router May Now be Full of Security Issues, Expert Finds Out

How to Log into Websites in Two Taps with Google Chrome's...