A new scam is now harming most American houses stuck at home due to the Coronavirus pandemic. Chinese stores are sending multiple packages to various states, wherein they’ll send to random houses. Once you received it, the package has an interesting content inside such as socks, cheap jewelry, and most weirdly, plant seeds. Here’s the warning from the police department.

What are these ‘mysterious seeds’ from China

(Photo : Photo from Whitehouse Police Department Facebook Page )
U.S Scam: Mysterious Seeds Sent in US From China Must NOT be Planted; Here’s Why

Have you received a package that has seeds inside it? If yes, here’s a warning to you. You might be a potential victim of online scams.

In Ohio, several houses reported about receiving packages that are not meant for them. The packages usually have their Chinese letter labels that indicate those packages were sent from China. Weirdly, the products are also not expensive such as socks, cheap jewelry, rubber bands, plastic toys, etc. Another weird thing is that most of the packages contain mysterious plant seeds.

Interestingly, the items are not just sent to houses by mistake. These products are actually a scamming technique for Chinese stores to increase their positive feedbacks and sales.

For example, a man receives a Chinese package from a delivery guy. He opens it and found seed packets inside. The man will check where the package came from and found that it’s mailed by a wrong name. But, these are not made by mistake, the packages were purposely sent to the man, in order to use his name and address to create a fake positive review of the store online.

This scam is called ‘brushing,’ according to Ohio’s Whitehouse Police Department.

“A brushing scam is an exploit by a vendor used to bolster product ratings and increase visibility online by shipping an inexpensive product to an unwitting receiver and then submitting positive reviews on the receiver’s behalf under the guise of a verified owner,” said on the warning press release.

What to do once received Chinese packages? 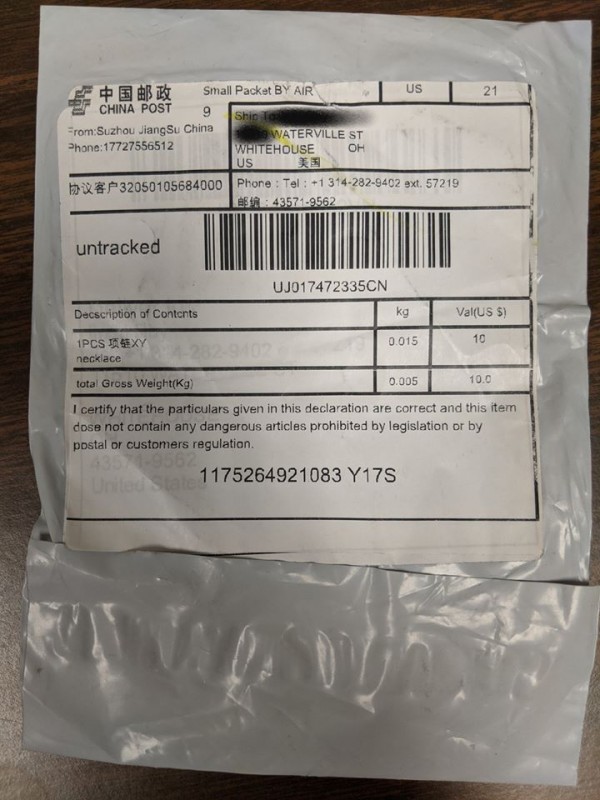 (Photo : Photo from Whitehouse Police Department Facebook Page )
U.S Scam: Mysterious Seeds Sent in US From China Must NOT be Planted; Here’s Why

If you ever received any mysterious Chinese packages in your house, here’s what you should do, according to the police. Since there is still no clear investigation regarding the matter, its too early to assume that the receivers are hacked. But for safety purposes, authorities advise to check all your accounts and change passwords as much as possible.

Another thing you should remember is to never plant the seeds that were given to you. The authorities pointed out that there might be invasive species that hide inside those packets.

“Don’t plant them. Don’t just throw them in the trash because they could grow in the landfill if you throw them away,” said the Ohio Department of Agriculture.

New iPhone 12 release date, leaks, price, news and everything you need to know