Listen up! This week there is a significant change on Season 5 of Call of Duty: Modern Warfare’s Warzone. The update brings a lot of changes to the Verdansk–expect a new look on the map, new weapons, operators, and items.

Twitch streamers have been playing important roles in the gaming community. They become sources of teasers, trailers, and even a source of gossip and predictions on what could appear in the new season.

Just recently, the leading esports bookmakers Unikrn have revealed the most-watched CoD Twitch streamers of 2020 to help keep players “in the know.”

“It’s fever pitch for Warzone players with the game dropping another massive shake-up this week,” a Unikrn spokesperson said

“Streamers hold a vital role in sharing new and exclusive information to players. So subscribing to the biggest and best only gives you an advantage on the battlefield.”

The 29-year-old Twitch streamer, NickMercs, is the most-watched Call of Duty streamer. Currently, he has 55,000 paying subscribers on the platform.

For the Season 5 build-up, Nick has been one of the biggest names to make noise about the update – analyzing the teases, trailers, and rumored leaks.

He has mastered many games, including Gears of War, Fortnite, and now Warzone.

TimTheTatman is a good friend of DrDisrespect, and no doubt, he is also a well-known streamer on Twitch. He has more than 14 million views on Call of Duty this year.

This number of views is a big deal considering Tim is known for playing a range of other games from Fortnite to Valorant.

His real name is Timothy Betar. Back in Decemeber 2019, the 30-year-old streamer signed an exclusive deal with Twitch. 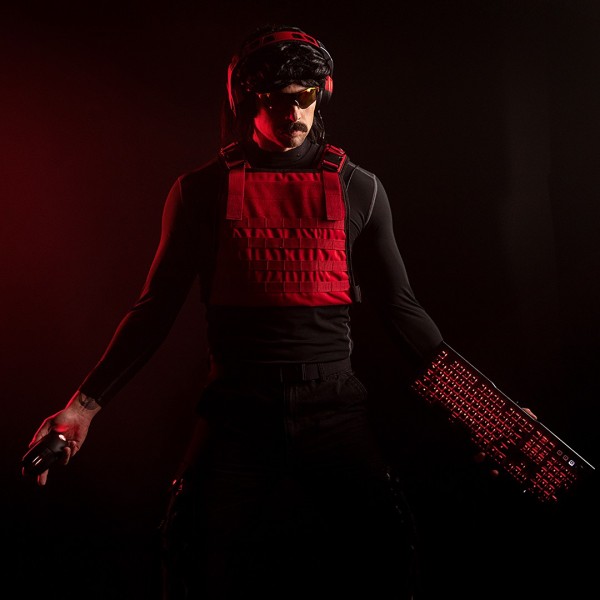 Herschel “Guy” Beahm IV or DrDisrespect is one of the most controversial Twitch streamers. He is the only streamer who is not on the platform.

DrDisrespect is best known for his dominant style of play and straight-talking streams.

In June, the 38-year-old veteran streamer was reportedly banned from the platform. Despite being banned, he ranked number three on the list as he has lots of followers.

It is unclear why he was banned from the platform, and no one knows when he will return. In a previous report of Tech Times, it said the Twitch streamer had confirmed he will not return to the platform. However, some report suggests that he will return on Youtube but not on Twitch.

Swagg’s real name is Kris Lamberson, a content creator for FaZe Clan. The 24-year-old streamer’s following has skyrocketed since Warzone was released in March. He used his 1 million+ subscribers on YouTube to attract new and existing fans.

The skilled gamer is one of YouTube and Twitch’s best streamer and now releases regular content around Call of Duty updates.

Symfunhy is the youngest streamer on the list. At 20 years old, Symfunhy or Mason Lanier in real life is a pro-Fortnite player for NRG e-Sports and has gotten the gaming community’s attention with his gaming skills on Warzone.

He is one of the world’s best players and helped TeePee, HusKerrs, and DougisRaw to break the quad kills record by wiping out 121 opponents!

This article is owned by Tech Times.

IAB: US podcast ad revenue will grow 15% to nearly $1B

When coffee makers are demanding a ransom, you know IoT is...

Postmates cuts losses in Q2 as it heads towards tie-up with...