Google’s new feature will now allow iPhone users to backup their phones to Google storage for free. Techradar reported that the subscription service of Google One is a weird one compared to Google’s other products.

(Photo : Screenshot from Twitter post of @TheSheenBlog)
Google Will Provide iPhone Users Free Storage Backup, Even Without Google One Membership

The company’s service was launched as a consumer-friendly, premium, upgrade in 2018. It was released to the paid Google Drive storage plans to provide the tech giant’s subscribers with useful extra features and more cloud storage up to 30TB, just like other premium support, exclusive discounts, and multi-user family plans.

Google added a special feature to the service in September 2019, allowing paying Android users to automatically backup their device. On July 30, Google confirmed that the automatic phone backup feature will be free, extending it to iPad and iPhone users. You can also check other Google and Apple news updates at TechTimes. Also, check out how Google’s new feature allows you to log in to Websites in just two taps.

Google confirmed its blog post that it is rolling out a new Google One mobile app that will allow iOS and Android users to back up their phones for free, even those who are not Google One subscribers–they need to download the free application and sign in using their Google accounts.

Other features included in Google One mobile app

Text messages, photos, videos, contacts, email, and files will be included in Google’s new backup feature, all of which can be located in one place. However, there is a catch since iPhones will have storage on the free tier limited to 15GB, the standard Google Drive storage that iPhone users with a free Google account get. 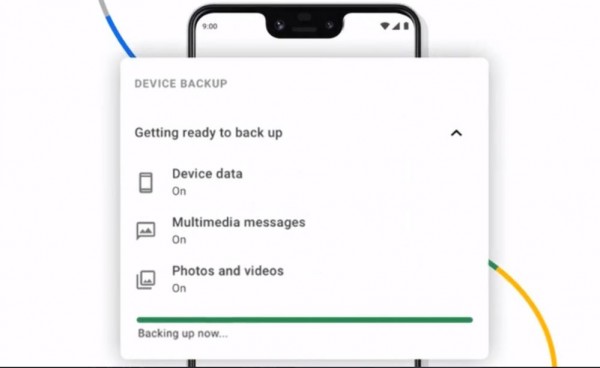 (Photo : Screenshot from Twitter post of @ErbakTolga)
Google Will Provide iPhone Users Free Storage Backup, Even Without Google One Membership

iOS users who are not satisfied with the given amount of storage will have to sign up for a paid plan that costs 4.39 AUD or $3.14. Google will also offer iPad and iPhone users with built-in backup capabilities through the companies’ iCloud storage service. However, it will only give 5GB of free space.

The report explained that the new backup feature will allow the users to add and remove files without leaving the app, as well as check how much free storage is left. You can find the paid plan upgrade option by accessing the storage manager. A paying One subscriber can also share their paid plan with up to five other users through “family sharing.”

Getting behind with the latest updates about tech wold? Always keep your tabs open at TechTimes.

5 tips for using Google Meet on an iPad

Signing up for Peacock? Use an Android device to get the best deal ...

Amazon Tap revisited: Why it's a wise move by Amazon