Rumors suggest that both Apple and Samsung would sell smartphones without a charging block or cable. This means buyers need to get a separate charger or use the existing ones they have.

While some people may not agree to this, this may be the right thing to do as manufacturers take responsibility for reducing electronic waste.

According to Tech Radar, analyst Ming-Chi Kuo claimed the iPhone 12 will not have EarPods or the free wired headset or charger in the box when it launches later this year.

(Photo : Nick Dietrich/Unsplash)
You often see flat lays of camera gear (lenses, body’s etc.), but everyone seems to leave everything else out that they actually have to carry around with them.

Similarly, another report said Samsung will follow Apple’s decision in 2021. Although these reports did not confirm whether this trend will only affect certain models or whether it will be for all devices.

If proven true, this means the new phones will not have accessories. After all, it is all that we need.

According to the European Parliament, 50 million metric tonnes of e-waste are generated every year. These include broken devices and the replacement of laptops in companies.

Without a working charger, buyers look for getting a new charger in the box. However, manufacturers do not give buyers the best option.

For example, the iPhone 11 only includes a 5W charger, although the phone is capable of up to 18W fast-charging. In this case, customers will need to buy an after-market charger or a high-end Apple charger to get the most of the phone’s features. 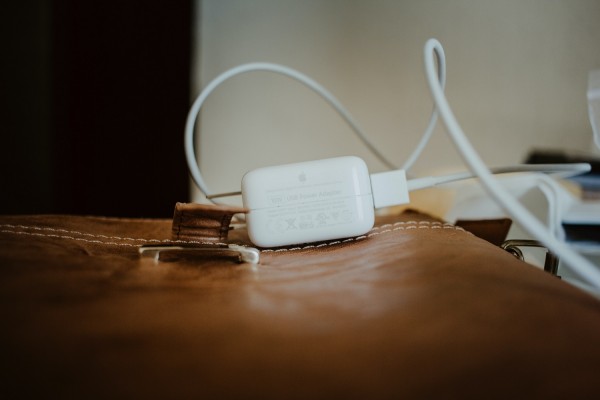 (Photo : Rebecca Aldama/Unsplash)
Think of the future. Portless is coming

In that case, not getting a standard 5W charger in the box would no longer matter. Also, existing iPhone users who would upgrade next year would mean having up to three chargers by then.

For example, iPhone 11 Pro and iPhone 11 Pro Max both include a fast-charger, but when users upgrade for a new iPhone, then they will have two chargers as well.

This is the same case for Android users who are not getting top-of-the-line chargers and they need to buy a separate charger.

The e-waste isn’t worth it

In 2016, the International Telecommunications Union said that about one million tons of chargers are produced every year. While there are still no current figures for 2020, it is likely to be much higher in 2020 since new gadgets now include a charging brick.

When people get a new device, they are most likely to use the new chargers as well. What happens to the old chargers? Are they being recycled? The answer is probably not.

According to the Environmental Protection Agency, only 15% to 20% of e-waste in the U.S. is recycled. While figures may differ in other countries, the difference may be minimal.

Think of the future. Portless is coming

Aside from environmental concerns, buyers may also consider that portless phones may come soon.

As rumors suggest, the iPhone may be the first portless device to come in 2021. This means we may charge our devices even without the wired charger. This may seem to be a good idea, but this may be the reason Apple and Samsung look at the possibility of phasing out the chargers.

While the future may be uncertain, not including the charger in the box surely is better for the environment.

Horizon Forbidden West PS5 release date, trailer and everything we know so far

This is the World's Smallest Livestream Vlog

How to set up Emergency Sharing on a Google Pixel device

Choosing the best Wear OS watch for you is a fun process but it’s also a tricky one. There’s a lot of choice...