Motorola’s latest budget-friendly phone is now available in Brazil. The phone manufacturer unveiled Moto E7 Plus after its Moto G9 Plus’ launch on Sept. 10.

(Photo : Screenshot from Twitter post of @semenko_yuri)
Moto E7 Plus Is Now Avaible in Brazil! Snapdragon 460, 5,000mAh Battery and Other Specs Should Know

Also Read: [Leaks] Apple Gears up for iPad and Apple Watch Drops This week-iPhone 12 Will Get Its Schedule!

Just like what the previous leaks reported, the company confirmed that Qualcomm’s Snapdragon 460 chip powers Moto E7 Plus. According to XDA’s previous report, Motorola’s latest budget phone and OPPO A53 are the devices that will first receive the chipset.

Also Read: T-Mobile Wants to Merge With Sprint Since It Will Close ‘Homework Gap,’ Giving Free Internet to Millions of Students

Snapdragon 460 was revealed together with two mid-range chips; Snapdragon 720G and Snapdragon 662. Aside from Qualcomm’s newest chip, Moto E7 will also have a 5,000mAh battery and 48MP dual-camera setup on the back with a 2MP f/2.4 depth sensor.

On the other hand, the device will feature two buttons on the right edge, a power and volume button, as well as a third button located on the left edge. The power button will double up as a fingerprint scanner.

Moto E7 can last long because of its 10W fast charging support and 10W charger. The device still has other unique features. Here are its other specs you need to know.

5) Micro-USB port for charging and syncing

The Moto E7 Plus will be available in two color variants, as stated in its listing. Customers can purchase the device in Amber Bronze or Navy Blue. 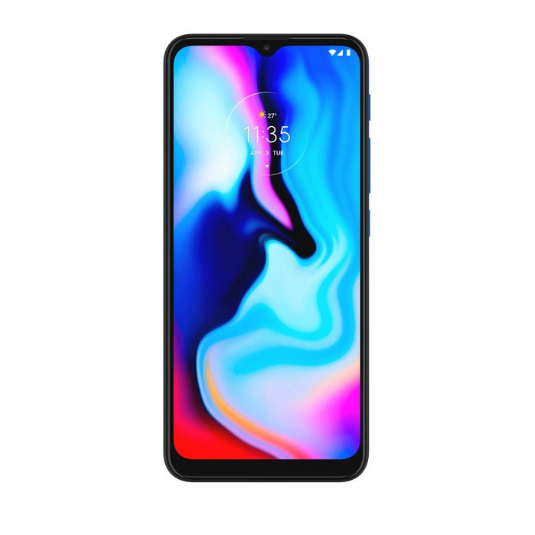 (Photo : Screenshot from Twitter post of @RaghavTechie)
Moto E7 Plus Is Now Avaible in Brazil! Snapdragon 460, 5,000mAh Battery and Other Specs Should Know

However, the listing did not release any confirmation about its price and other availability information. People interested in Motorola’s budget phone can still register on the official website to alert for the pricing and availability details.

For more news updates about Moto E7 Plus or other smartphones, always keep your tabs open here at TechTimes.

Also Read: ATTN: Smartphones Could Damage Your Skin Just Like the Sun, So Playing on Your Devices Could Lead to Premature Aging, Experts Say

Google Pixel 5 images, details leak ahead of next week's event ...

Dude Perfect: Get to Know the Five Best Friends Behind the World's Most Famous...

Google Chrome Is Now Tagging The Fast Websites on Android